The young lady was exhibiting periodic outbursts of screaming and flailing, when she wasn't docile. In her docile state, she repeatedly gouged her thumbs into her eyes. We later found out that she had some mental challenges, and her behavior, though "normal" for her and her family, was still something of a concern as her outbursts were becoming more frequent.

I began to pray for her while Pastor Daniel anointed her with oil. She in turn began to hit me with her fists on my arms and legs (she was sitting on the floor). I've been punched by a girl before (Junior High...long story), and these blows carried a little more punch.

We continued to pray, and were joined by some of the local team at the church who were already in a prayer meeting. The girl eventually calmed down and remained calm, because the peace of God settled on her.

She and her family are Hindus, and Pastor Daniel will continue to minister to them. I believe as a result of this experience, they will come to trust in Jesus very soon.

I must say it was an unexpected encounter. My plan was to return to my room and study for the teaching I will be doing beginning on Tuesday (Pastor Charles' flight was canceled again. He will arrive very early in the morning on Wednesday...hopefully). Instead, I stepped into a lively encounter where the Good Guys won!

Question: When have you had your plans altered by an unexpected encounter?
Email Post 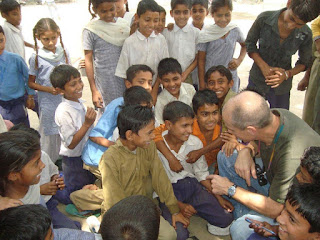 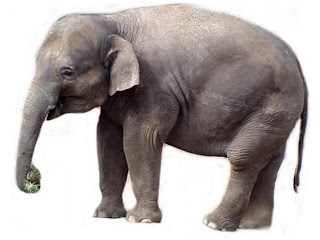