3 Reasons You Should Read

I used to be not much of a reader. In school, I would do only the minimum to get by. Cliffs Notes were my best friend.
In my high school English Lit class we were studying "The House Of The Seven Gables" (yawn). I read the first five pages and quit. The final exam was a one question oral exam, in front of the entire class. I got lucky: my question came from the first five pages. I nailed it! Whew!
Being a purpose-driven/OCD/perfectionist, I would only read what would benefit me in my career. How To... and 5 Ways For... were my favorites. Skim through and apply the principles for success.

Then a few years ago my wife (an avid reader) challenged me to read a fictional novel. "Purpose", I asked? Her response: You'll enjoy it. Now that was the ultimate oxymoron: Reading=enjoyment. Ha!

Well, I'm not one to back down from a challenge, plus I love my wife dearly, so I read one (I even allowed her to choose it). And you know what? I actually liked it! So I read more. In fact, over the past nine years I have read 294 works of fiction. I even created a chart of favorite authors, and the books I've read (did I mention I was OCD?).

(Disclaimer: I do not seek to escape from the realities of life by immersing myself in the fictitious world between the covers of the books I read. Remember: I am purpose-driven.)

So here are three benefits I've found to reading fiction:
If you read, keep reading. If you don't read regularly, take a break from Netflix (or going the movies, if you can afford it) and feed your imagination. It's worth it!

Question: What benefits have you found in reading fiction? Share your thoughts below in comments.

Lay Down: 5 Ideas For Creativity

Do you remenber as a kid, laying in the grass and watching the clouds go by? Did you imagine you saw horses, whales, army tanks, and faces? (That's what I saw.)

As adults, those days don't seem to exist anymore, and although I sometimes long for the carefree experience of simply laying down and looking up at the sky, I would rather capture the imagination and creativity that those times produced.

What was it about laying in the grass and staring at the clouds that casued us to imagine and dream?

A different perspective is a great way to get creative and see your imagination come alive.

Question: What are some ways you have found to change your perspective and become creative? Share your thoughts below in comments. 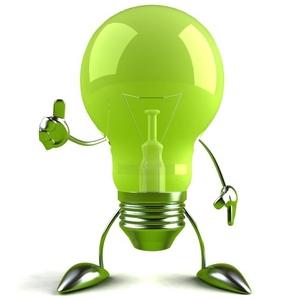 I have a mentor/friend, L.C. Campbell, who says, "Don't reinvent the wheel." In other words, it's OK to take a used idea (even if it is someone else's) and re-shape it to fit your need or situation.

You may call it reycling ideas. I'll call them Green Ideas. Here are some ways to find and use Green Ideas:
A Green Idea may be just what you need to solve your problem, motivate your team, or take you to the next level in what you do.

Question: What are some ways you can use Green Ideas? Share your thoughts below in comments. 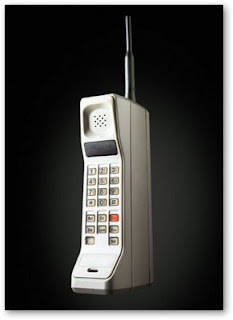 I got an email from an old friend today (that's what he put in the subject line: Old Friend). We met right after our high school graduations, and became fast friends.
He was from Atlanta, I from South Florida, and we worked hard at making our paths cross over the next several years. But, families were started, careers were pursued, and life happened. We lost touch after time and haven't connected for over 20 years.
He told me in the email that he was driving through Oklahoma and thought of a guy who mentored both of us, began to think of me, found me through my Blog, and there he was in my inbox.
I responded to him via email and asked if he was on Facebook. His response: Not on Facebook. We'll have to catch up the old fashioned way... by cell phone.
Wow, when did cell phones become old fashioned? I know of more and more people stopping their home phone service because of their cell phones. I also know of more and more people who skip email and communicate through Twitter, Facebook and other social media platforms. Are these forms of communication becoming old fashioned?
It seems that technology is changing so quickly, what was once fashionable is quickly becoming old fashioned. iCloud is replacing MobileMe, smart phones are replacing cell phones, apps are replacing programs. As another friend of mine put it: we live in a post-PC world.
I love the advances in technology, and the benefit they bring to our lives. I'm glad I can leverage social media, technology and communication to increase my influence. But there's nothing like an old fashioned face-to-face conversation.

I will call my old friend on his old fashioned cell phone. But I will also encourage him to come and visit so we can have an old fashioned face-to-face conversation.

Question: What do you consider old fashioned in our modes of communication? Share your thoughts below in comments.