Technology And The Inauguration 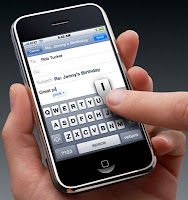 More than a million citizens packed into every nook and cranny of the National Mall last week to watch now-President Obama take the oath — but also groundbreaking was the throng of proud Americans who enjoyed the event via technology.

Still, the online experience was not unlike Chief Justice Roberts' version of the oath: a bit rocky. Viewers on streaming websites like Hulu and CBS were bogged down by stuttering pictures and long login delays. At the root of the tech hiccups was the overwhelming surge of netizens heading online in unison. And the en masse infusion illustrates that the desire of consumers to engage in a digital setting is universal.

President Obama has earned the moniker of the first "Digital President," thanks to an administration that burst onto the social media scene (YouTube, dedicated websites, Facebook). Some say the key to his election success was communication via multiple tech platforms. The People have spoken. Are you listening? (Iconwatch, January 27, 2009)

After reading this article, I was challenged about how we, and more specifically I, am effectively communicating. Are we successfully reaching our culture with the redemptive message that many of us hold so dearly?

Although our message does not change, how we assimilate this message into our culture needs to keep pace with, and in many instances anticipate, the technological experience of those with whom we are seeking to communicate with and influence.

Let's seek to be proactive, effective and influential. Are we listening?
at January 27, 2009 No comments: 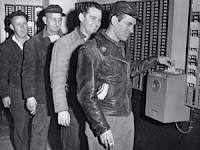 It seems that many people in our society find great dissatisfaction in what they are currently doing (as in their job or station in life). And so they look forward to (or can't wait for) some type of reprieve.

I believe that everyone can find vision and satisfaction in what they are doing right now. You may play a small part in the overall function of your company with the task that you do. But, if you saw the bigger picture you would understand that there was a greater cause that you were a part of.

But beyond your "job", I feel that everyone has an area of significance outside of your "tasks" that minister to, influence, lead and/or impacts those around you. The key is determining what kind of an influence you want to be and purposefully going about being that influence.

So I encourage you to enlarge your vision beyond what you do, to what you can be. Think beyond the what is and look at the what could be. Be an influencer, a leader, a world-changer.

Country singer Alan Jackson sings It's Five O'clock Somewhere, reflecting a large segment of the U.S. workforce's sentiment about their jobs, bosses and slow moving work days. I hope I never get to the place in my life where I can't wait for... is my driving ambition.

I Want What I Want, When I Want It!

"I may be unemployed, but I'm not giving up dessert."
(Overheard at a nearby table of young adults during a recent evening out, SFGATE.com)

We had what the meteoroligists call a freezing rain event overnight, and this morning all of the trees were covered with a beautiful glaze of percipitation. As I was running, I thought about the trees and the frozen rain clinging to the twigs and branches. A series of thoughts occured to me concerning coverings, and what is underneath.

The branches on the trees, while retaining their basic structure, had a transparent covering that allowed the observer to see the branches as they were. Sometimes people will cover plants with blankets or such to protect them from frozen perciptation. When this happens, the observer sees the covering, rather than the plant.
In many ways, our lives are like trees. Among other things, we grow, are dependent on our root system, spread our branches and produce fruit. And just like the freezing rain was covering the branches I observed, we too cover ourselves.
Oftentimes we cover ourselves with things, dressings and costumes, that draw the attention of those who observe us or divert the attention away from us.
Remember: what is on the inside affects what is on the outside, and what is on the outside affects only the perception of what is on the inside.
Allow me to make two statements: Our covering declares what we are. Our character defines who we are.
What do you cover yourself with? What do you put on and wear that identifies what you are?
Allow your covering to be transparent so as to allow your character to be seen. That is who you really are.
at January 07, 2009 2 comments: