Release The Artist Within You

I read this interesting information today:

In June 2008, the public radio show Studio 360 teamed up with the Opinion Research Corporation to conduct a survey that asked: If you could trade your job to become an artist with no reduction in pay, would you do it? Surprisingly, 51% said that they would. (Studio 360 6.20.08)

Hmmmm... with the accessibility of the internet to publish our thoughts, and the availability of home recording software to capture our musical creations (I have a Blog and a recording studio), it seems that more and more the "creator/artist" is emerging from the depths of our task-oriented, driven lifestyles.

I like this kind of news. My heartbeat is to encourage everyone I influence to be creative, to tap into the "artist" inside, and to use their God-given creativity to Glorify the Creator and inspire others. Remember: we are made in the image of our Creator, the greatest "artist/creator".

So write, paint, draw, play music, build with your hands, or simply rearrange the furniture, but release the artist within you!
at August 27, 2008 No comments:

I recently shared a few comments concerning rewarding failure in a meeting with some colleagues. I felt that the title was catchy and would attract interest, but the real message was about encouraging us to try new ideas and expressions as we accomplish tasks and lead people.


We live in an ever-changing culture where the media is constantly prompting people to reinvent themselves, where methods of marketing become outdated as soon as they are rolled out to the public, and where in some industries if you are not ahead of the curve, then you must already be behind it.


In order to stay effective in our influence of those around us and in the culture in which we live, we need to attempt new methods of communication and fresh expressions of the values to which we hold. In other words, we must try new ways to be effective.

But we must understand that any new endeavor can potentially fail. Stepping out of the comfort and security of our current condition or status quo could cause us to fall flat on our faces. And many of us are afraid to take that step.


Hence rewarding failure. By encouraging new ideas, innovative methods and fresh thinking, we have the chance to become more effective and therefore more influential. Oh we may fail, but nothing ventured, n 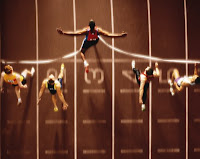 
Just about all great discoveries were the result of attempting something new because the old way of thinking or doing just wasn't satisfying or effective anymore. "What if...?" and "Why not...?" are great questions to ask yourself and your team. Why not ask now?


Question:  What have you tried and perhaps failed at, but has made you more effective?

Have you been following the Olympics? They are hard to miss because NBC is offering 2,900 hours of live TV coverage. Those live hours, spread across NBC and its cable TV outlets, top the total U.S. TV hours — 2,562 — for all previous Summer Games combined.

I think my fascination with the Olympics began in 1972 when as a high school student I watched the United States freestyle wrestling team win three gold, two silver and one bronze medal. Being a wrestler myself, these athletes became my heroes, and as I watched their exploits in the television each evening, I found myself inspired to work harder, train longer and dream bigger.

This year's crop of athletes in all of the sports are maybe even more impressive, inspirational and heroic. Swimmer Michael Phelps has already won five gold medals and is looking for three more. The US team has already won 29 medals to China's 27, and it's only day five of the competition.

But what about the hero factor that I mentioned earlier. Are these athletes really our heroes? Do we find some kind of inspiration in their feats? Are you inspired to greatness like I was as a 15 year old?

As I ask myself these questions, I think about some other heroes that I know, heroe 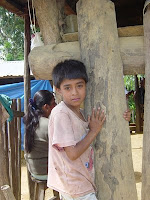 s who will never compete in the Olympic games. I think about a couple who have dedicated their lives to orphaned children in Guatemala. I remember a man in India who was beaten to the point of death because he renounced Hinduism for Christianity. I consider the sacrifice of relatives of a friend of mine who sold and gave away everything and are now ministering in remote Tanzania, where the closest "civilization" is 12 hours away. 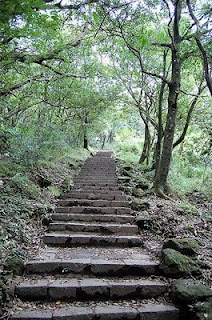 I read a book in the early 1980's called "A Long Obedience in the Same Direction" authored by Eugene Petersen, who also authored "The Message" translation of the Bible. Since my first reading of the book (I have since read it multiple times), I have become a fan of Petersen's work.

In A Long Obedience, Petersen looks at the Songs of the Ascents, Psalms 120 - 134. His basic premise (as identified by the title) is that life is about small, daily practices that order our steps and define our lives.

Lately I have been meditating on these Psalms and the concept of daily disciplines, and how they affect me. I realize that it's not the big events that cause my growth as a person, but the regular disciplines that I incorporate into my lifestyle that shape my character and transform my nature.

Too often we look for the route that's quick and easy, when the slow and tedious is the path that will take us to our desired destination. As my wife reminds me in her subtle way when we are traveling in the car: It's not the destination, but rather the journey to get there that makes the trip interesting.

Are you ready to stay on the path of a long obedience in the same direction?
at August 06, 2008 5 comments: