How To Make Fruit Salad

My wife Elaine makes an amazing fruit salad. Her special "brand" sets it apart from other fruit salads I have eaten. Maybe the fact that she makes it not too often is what makes it amazing. For whatever reason, I love it!

We recently had dinner at the home of our son's in-laws, and my wife brought her fruit salad. When we left their house, she was handed her empty serving bowl. But we had only eaten half of it. The in-laws kept the rest...they too thought it was amazing!

The different ingredients are good in and of themselves, but when they are combined, the result is...amazing! (Am I using that word too much? Taste my wife's fruit salad...)

Fruit salad is a lot like what and who we are. If we identify one attribute that we posses (skill, character quality), we can say that we are good at that, or that we excel at that. But when we consider the cumulative total of all that we are (not only what we do, but also who we are), we realize that we are pretty amazing!

Want me to tell you how to make fruit salad like my wife does? Nope.

Question: Do you see yourself as a cumulative total, or as one-deminisional? Answer below in responses. 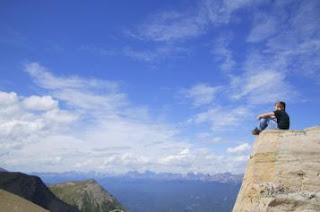 Dreaming is good! Dreaming keeps us thinking beyond our present. Dreaming gives us hope.

But sometimes dreaming needs a little PR. Just laying back and dreaming won't get it done for us. We need to leverage our dreams. Here are three PRs of dreaming:
So dream, dream, dream BIG!

Join the conversation: What other PRs are a part of your dreaming? Share your thoughts below in "responses". 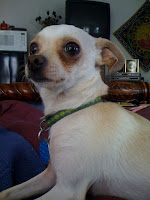 The other night I had a dream about our dog Jack-Jack. He’s the Chihuahua that I got for my daughter almost a year ago, who has emerged to become our dog now. I joke with my wife that Jack-Jack is her dog. She reminds me that he’s not her dog: she doesn’t have a dog. (I guess he’s my daughter’s and mine. My wife still loves him though.).
Jack-Jack wasn’t the only character in my dream. There was also a mastiff (HUGE dog). Here’s the scenario: Jack-Jack wanted to come into the house. The unnamed mastiff wanted to come into the house also, but he wasn’t my dog, therefore he didn’t belong in the house. (Maybe he’s my wife’s dog…oh yes: she doesn’t have a dog.)
Well I let Jack-Jack in the house while successfully blocking the mastiff, quickly shutting the door. Thinking I only let in my dog, I turn around and there is Jack-Jack and the mastiff. Now how did that happen?
But it gets better: not only is the mastiff there with Jack-Jack in my den, but there are also two kittens! (Allow me to assure you that we do not have any kittens – not even my wife does.)
I will not try to attach any spiritual meaning to my dream at this point. What I will do is make a comparison of my dream and creative leadership. You see, even though our best intentions in leadership are to let only "one dog in the house" (the one we are familiar with), often times another "dog" finds its way into our “house”, even after our best efforts to prevent it from happening.
And then, when we think our plans have only been altered by one “unexpected complication”, we look closer and see two “kittens” that seemed to appear out of nowhere.
Bottom line: No matter how hard we try, we will have unexpected setbacks, and sometimes hidden behind the setbacks are one or two other additional complications. Good leadership is about dealing effectively with the unexpected complications, as well as the task at hand.
Question: When have you experienced unexpected complications in leadership? How did you deal with them? Share below in responses…
(If you like this post, please re-post it or Twittter it to your followers. Follow me on Twitter if you find me interesting)
at October 12, 2010 No comments: 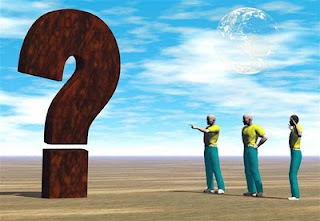 Picture this: You're meeting with your team. No one is participating. Blank expressions. No contributions. The enthusiasm level: below zero. The prevailing attitude: What are you going to tell us to do now?

What if? Asking your team What if? inspires dreaming. It opens the door to look beyond what is, and launches them to see a compelling future. It's about inspiring them.

How about? Asking How about? gives your team a chance to buy-in to your proposals. Instead of dictating mandates, you are including your team in participating in decisions. It's about including them.

Why not? Asking your team Why not? lets them know that you value their ideas. Instead of rejecting their thoughts, you are supporting and encouraging contribution. It's about investing in them.

The bottom line: Creativity looks outside what is. Leadership releases your followers to look there.

Question: When have you asked these (or other) questions that have inspired your team? Share below...