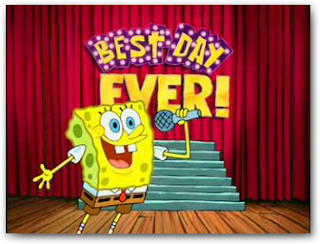 I began yesterday expecting it to be a day of leading, influence, and productivity. It ended by me staying late at the office, and dealing with a no-win situation that caused me to feel frustration, discouragement, and uselessness. Definitely not my Best Day Ever.

Best Day Ever. I've heard that said many times lately. I've seen it in status updates. Sprint even claimed those words for its retail business on the day the iPhone 4S was launched.

Best Day Ever. Maybe you've heard it used, or a variation of it: Best weekend ever, Best night ever, Best worship service ever.

Perhaps the term Best Day Ever has become like other "common" pop phrases we hear so often: Final, Extreme, Epic. (Click on that link to read my recent thoughts on the subject.)

Is your Best Day Ever about what you gained, what you experienced, what satisfied you?

In an episode of Spongebob Square Pants, the wise philosopher Spongebob (who had planned a Best Day Ever for himself) laments "...'everything went wrong', and then gives an elaborate speech about how his Best Day Ever has been ruined. However, his friends tell him about how he helped them with their problems out of his kindness, and teach him that his Best Day Ever is not about 'perfect days', but about having friends."


Best Day Ever. May I challenge you to make every day the Best Day Ever. Do that by investing into the lives of other people, rather than seeking to get gratification for yourself. Don't let your problems and disappointments prevent you from experiencing the good that you are able to do, the positive influence you can have.


What may not be a Best Day Ever for you, may be great day for someone else.

Creativity doesn't leave us. Sometimes we just push it aside.

Asking What if? and Why not? are creative endeavors. So is asking Why?

It's only when we say I don't care that we cease to be creative. But even in not caring we are being creative, because we are tapping into something within us that makes the choice not to care. And by choosing, we are creating a path by which to walk.

Question: Do you ever feel you stop being creative? Share your thoughts below in comments. 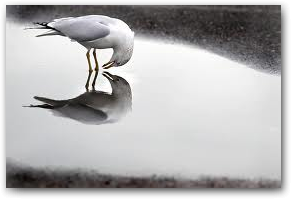 This morning as I was driving in to work, I noticed a seagull standing in about two inches of water of the Santa Rosa Sound (the body of water that parallels the coast of Northwest Florida separating the mainland from the Island).

The water was like a mirror: calm and clear, and the reflection of the seagull was crisp, as if there were another below it. A remarkable, sight in my opinion.

I began to think about our reflection, and the image we project. How do we come across to others? How are we seen? These thoughts came to mind:
My conclusion: Don't focus on the image we project, or the reflection we cast. Rather, concentrate on who we are: our character, our relationships, our influence. Ask yourself: Do I want to be seen, or do I desire to affect others?

Question: What is more important to you: Who you are, or the image you project? Share your thoughts below in comments.

(You can subscribe to this Blog via email by entering your address on the bottom right pop-out.)

We are good at devaluing. Look at our economy: the value of the dollar is constantly falling. Property values are down, inflation is up, things cost more. 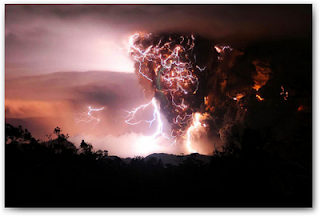 Your immediate thought may be to blame others (elected officials, political party, other countries). And in doing so, we devalue personal responsibility.

Human life? We have devalued it to the point where the argument has become about "choice" rather than about "life".

And what about our language? Words that had one meaning 20, 10, even five years ago have been devalued to commonplace.

Final used to mean ending, complete, conclusive. If that were true, how can there be a Final Fantasy XIV available for game systems?


Extreme used to identify the outer reaches of, the utmost, the farthest. Now what was once considered extreme in our culture is simply ordinary.


And then of course there is the term epic. Heroic, majestic, impressively great are original definitions. Now anyone can take an iPhone video and post on YouTube where it can easily be tagged as epic.


I am choosing the words Final, Extreme, and Epic to describe the creativity that God used in ransoming the human race (which by the way Christians are celebrating as "the Resurrection" this Sunday, as opposed to Easter, which has taken on a devalued meaning in our culture).


When faced with the enormous task of redeeming mankind, God conceived the most extraordinary and creative plan ever: sacrificing His own sinless Son for the sins of all humanity: past, present, and future.


Pretty creative, I must say.