A horrific school bus crash occurred this Thanksgiving week in our area. As of this writing, five children have died and 23 were injured. Many people I know in this area are talking about this non-stop. 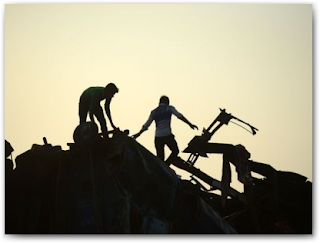 Hardly anyone in my area is talking about this crash, because it happened half-way around the world in India. Why is no one talking about it? Because only when it affects us does it matter to us.

Here are some other tragedies we face on Thanksgiving Day:

Turkey not cooked perfectly? Tens of millions of people around the world will not even have a meal on Thanksgiving Day. It’s only one of your several meals that day.

Stuck in traffic? Only 8.5% of the world's population have an automobile. It's only a delay.

House too small for your Thanksgiving festivities? Over 100 million people in the world don't even have a house. It's only for one day.

Flight delayed? Almost 95% of the world's population has never flown. It's only an inconvenience.

Turkey too small to feed everyone? An estimated 75% of Americans are overweight. It's only another slice.

Although I grieve for the families of the school children here in the Chattanooga area, I also grieve for the Indian people and their families. Around the world or here at home, let’s make Thanksgiving about others, and not about ourselves.

Why It Doesn't Matter Who Wins The Election

Today is election day, and I voted. But for me, it doesn't matter who wins the election. 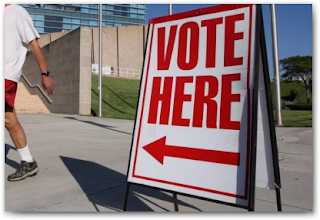 My belief in God and His purpose and plan for those who believe in Him is not determined by who holds public office.

As a Believer in Christ, it may be more advantageous to compromise on my convictions so I can fit in with my culture. But we haven't been called to fit in with our culture.

Copying and pasting Facebook posts are not going to be a valid way of identifying myself as a Believer in Christ. I am going to have to publicly live out the Christian life in front of everybody. And I will be judged for it.

I am grateful that I have the opportunity to vote for a person to lead our country. But my position as a Believer in Christ transcends my position as a citizen of this nation. So for me as a Christian, it doesn't matter who wins the election.


(You can receive this Blog every week via email by entering your address on the top right.)

Created By The Creator

Created works are usually identified as being a work of their creator. 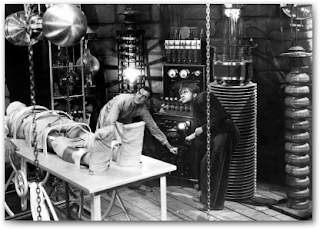 The same is true about music. We identify songs as "a U2 song" or "a Matt Redmond tune". When F. Murray Abraham, playing Antonio Salieri in the 1984 movie Amadeus hummed the song Eine kleine Nachtmusik, he identified it to his audience by saying, "That is Motzart."

Created works cannot be separated from the one who created them. The creator will always put part of themselves into their work.

Thus, the created work will always point to the creator, showing nuances, hints and signatures that mark it as theirs. The created work cannot free itself from the hand of the creator. It is not an independent entity which has no identity apart from its creator.

In the same way, we as created beings are known by the One who created us. But sometimes the creation is given more consideration than the creator. Romans 1:25 in the bible tells us that …people exchanged the truth for a lie, and served created things rather than the Creator.

Although the world in which we live gives us an identity apart from our Creator, we can't shake off the fact that everyone's identity is tied to their Creator. They may reject it. They may ignore it. They can't deny it. But it doesn’t change the fact.

Our Creator has signed us with His personal mark of ownership. It is expressed in our own creativity. It flows through our dreams. It is the root of our passion. Every one of us are people who have been created with purpose. That purpose is to point back to the One who created us. Lead Well!