The first time I visited Chattanooga, TN when I was pursuing the girl who would become my Bride, I remember a traffic phenomenon that has stayed with me: Merging.

A major thoroughfare narrowed from four lanes to two, so the traffic could cross over a large bridge. The drivers would slow a bit, and with uninterrupted flow they would alternately form a single lane of traffic. Left, right, left, right... And they would cross the bridge with little time lost.

My previous experience with merging traffic, whether by observation or participation, involved stopping, rushing, squeezing-in, waiting, honking, and general frustration.

But the people at the bridge in Chattanooga did it seamlessly. Every time. Even years later, I saw the same traffic pattern, the same easy merge. My guess was they had been doing it that way for many years before I experienced it.

Why were they so successful at it? I surmised that these were the same drivers who crossed this bridge every day: factory workers, students, shift-workers, commuters. All following the same route, every day, for years. Learning from those who already knew how. Teaching those who began to drive the route. Keeping in mind the ultimate goal: Crossing the bridge safely, and as quickly as possible.

They had learned that merging, when done with deference, created a win-win situation for everybody.

Consider how proper merging can affect other relationships:
Merging. It's not about me. It's about us.

Question: How good are you at Merging? Share your thoughts below in comments. 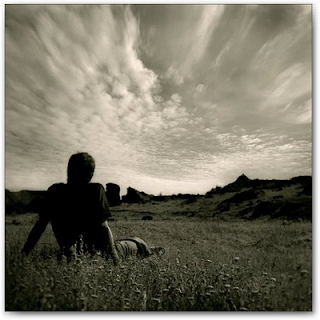 Those who dream of a better past are stuck there, wishing for younger days. They use phrases like: I remember when..., When *this person* was here..., and If we could go back to...

There is nothing wrong with being nostalgic. We can learn much from the past. But living in the past is unhealthy. We will never move forward, we will never accomplish much.

Those who dream of a better present are in my opinion living in a fantasy world. They are seeking to escape the reality called life, and replace it with an unachievable illusion. I wish... begins many of their thoughts. (I wish my house could get a makeover. I wish I would win the lottery. I wish I didn't have to go to work today.)

Don't get me wrong. I am a man of faith. I believe in asking God to change the present reality to fit His purpose. (Lord, heal this man. Lord, provide food.) But I am careful to not be driven by my selfish desires. (Lord, make me rich. Lord, get me bumped up to first-class.)

Those who dream of a better future have the best chance of seeing their dreams fulfilled. They can do things now that shape their outcome.

Dreaming of an exotic vacation? Start saving now. Dreaming of running a marathon? Start with running a mile. Dreaming of owning your own business? Start working on it in your spare time. Dreaming of seeing your children be successful? Begin instilling values into them when they are young.

Future dreams fulfilled are the result of present consistent choices.

Question: What type of dreamer are you? Share your thoughts below in comments.

I Love My DVR 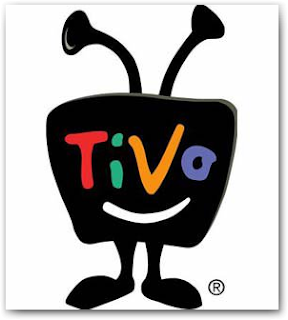 Just the other evening I was remarking to my wife the merits of the DVR: To be able to digitally record a television program with the press of a button and have it available for later viewing without the hassle of blank DVDs, videotape (who remembers that experience?), or summer re-runs. And to be able to skip commercials... almost too good to be true!

My wife and I don't have a lot of time to watch TV, but there are a couple of shows that we enjoy together. So we digitally record them with our cable set-top box, and when we can spare a few minutes, we replay the recorded shows. (At last count we have about 50 hours of catching up to do - we may never catch up!)

Some call it TiVo (just like some call a small adhesive bandage a Band-aid: it's a brand name). Some just call it recording a show. Whatever you may call it, my guess is you love it.

Launched to the public in 1999, the Digital Video Recorder offers features such as time-shifting, pausing live TV, instant replay, and dual tuners. Pretty much anything a viewer could ask for is packed into a typical DVR set-top box.

Advertisers don't like the DVR. Viewers can simply race through commercials with a click of the fast-forward button and then get back to the program. (I have become quite adept at moving through a three-minute segment of commercials in about 15 seconds, and then slowing to normal speed just as the program resumes.)

I have written all of the above to ask this question: Has life become like a DVR?
What if we had to live life only as it unfolded, without any promise of the future, without any replay?

You know, I believe that is the way life was meant to be lived: In real-time. 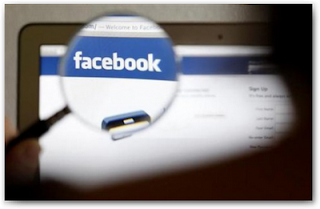 We've all read them: The service at this restaurant is terrible. This guy in front of me just blew through a red light and cut in front of another car at Starbucks.

Maybe you've posted a similar comment or a tweet: I can't believe that __________ made it to through two rounds with that voice.

Freely we comment, freely we speak. After all, we're given this right: It says so in the First Amendment.

Does the impersonalization of our spectator culture free us to make derogatory comments we wouldn't dare disclose to a person's face?

Are we justified in our impersonal responses because we are far enough removed from the recipients of those comments?

At what point do we get permission to publicly express our opinion about someone or something (speak our mind)?

And then what about the damage we do by leveraging our platform just so we can express our opinion (be heard)?

Isn't this another name for gossip? (Before you respond, think through how you define gossip.)

Are we doing justice to those we speak negatively about by feeling (and fulfilling) the need to express our opinion?
(Common denominator: "I")


If I remember my Bible correctly, I believe it says: If your brother or sister sins, go and point out their fault, just between the two of you. If they listen to you, you have won them over. (Matthew 18:15)

Hmmmm: Not a lot of room for comments, tweets, or feedback.


Question: Do you think public comments are a form of gossip? Share your thoughts below in comments.