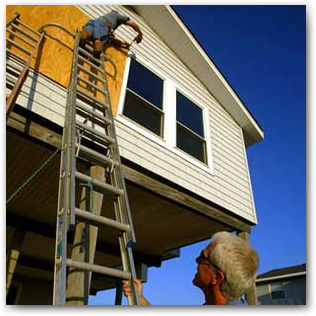 Still Tropical Storm (at this posting, but soon expected to become Hurricane) Isaac continues on its course towards the Louisiana Gulf Coast. Many here in Northwest Florida feel we have "dodged a bullet", but I am not gloating: There are many others who will face the destruction of this storm.

Much preparation for the storm went on here (as it appeared on earlier models that we would receive a direct hit). Windows are boarded up, boats are anchored in the middle of waterways away from docks, schools are closed. My wife and I brought in our kayaks, patio furniture, and plants. Preparation for Isaac.

When I consider the preparation for Isaac, my mind and creativity focuses on another famous Isaac who is mentioned in the Bible:

Then God said, “Yes, but your wife Sarah will bear you a son, and you will call him Isaac. I will establish my covenant with him as an everlasting covenant for his descendants after him. (Genesis 17:19)

Rather than fearing him, the Biblical Isaac was anticipated. Rather than distruction, he brought life. Rather than ending a legacy, he continued one. Rather than boarding up houses in peparation, his parents opened their home to him. Rather than avoiding him, he was celebrated.

Please don't get me wrong: I am not implying that we anticipate and celebrate this approaching storm. I am mearly asking us to associate the name Isaac with one who fulfilled God's covenant, rather than one who destroyed God's creation.

And that covenant is still going on today, for it was an everlasting covenant between God and His people.

Question: How will you reember the name Isaac after this week? Share your thoughts below in comments. 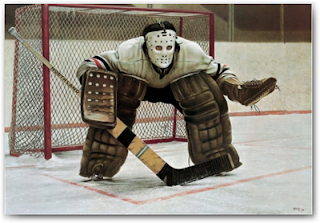 Early in my youth pastoring career, while ministering at a three-year-old church plant in South Florida, we took our high school students on our annual snow-skiing trip to Western North Carolina. This was our third excursion to the mountains, and our students and leaders were excited.

For those of you who have done this, finding snow in January in the mountains of Western North Carolina, or even finding weather cold enough to produce artificial snow, is a risky business. But we forged northward with hearts full of faith and suitcases full of cold-weather clothing.

When we arrived at our destination after traveling by bus overnight, we found ourselves standing in a parking lot in shorts and t-shirts, looking out at the brown-covered mountains. An unexpected warm front had passed through, and it was 52 degrees at 8:00 am.

Needless to say, we were a bit disappointed. We had traveled almost 750 miles to go snow-skiing, and there was no snow!

Needing alternative plans for 45 not-to-happy high school students, I gathered my leaders and we began to brainstorm. One of our leaders said, "Let's pray for creativity." Another remarked, "And let's pray for protection from the kids!" Well we asked for creativity, and as we continued to discuss alternatives, our bus driver mentioned that there was a professional hockey arena about 20 miles away where a local minor league team trained and held their games.

I found a pay phone and a phone book (it was 1985), and was able to connect with the manager. I explained our situation, and after some haggling, he said we could use the facility for four hours that afternoon. The only caveat: No skate rental, no snack bar, and no music for "couples skate".

We agreed on the offer and took the students to a beautiful, well-maintained facility where we skated in our tennis shoes (what a sight), located a boom-box for our cassette tapes (it was 1985), and even scrounged up a puck for a game (loosely used term) of ice hockey.

The sight of 45+ people slipping all over the ice, swatting a puck with their gloved hands, and doing the score! dance when a point was made was priceless.

And the best memory of the trip was not that the snow was a no-show, but that we played hockey!


Here are a few things I learned in that experience:
Question: When have you needed to exercise Creativity in Crisis: Share your thoughts below in comments.
If you like this post, you can re-post, put it on your Facebook status, or forward it to your friends. Follow me on Twitter @bigcloudmusic if you find me interesting. Subscribe to this Blog if you'd like.
at August 21, 2012 No comments: 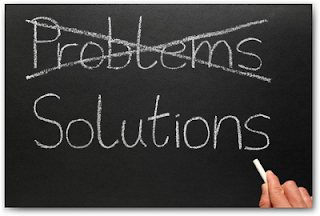 About 20 years ago I attended a national conference where I saw something that changed my perspective on how I approached problems.

In the cavernous reception area where people gathered for conversation, coffee, and consumption of edibles, a strategically placed counter was set up. This well-staffed area was dedicated to providing resolutions for the various problems the conference attendees encountered.

What captured my attention was the sign over the counter. It didn't read "Registration Problems" or "Conference Questions", but rather "Solutions".

Here are some ideas to help us become solution-driven:
Perspective goes a long way toward creating success. Being vision-driven always brings a more productive and longer-lasting solution than being needs-driven. 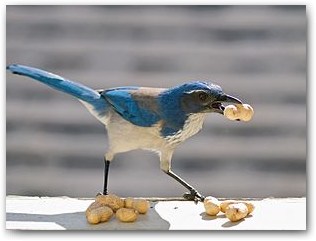 Within a few minutes yesterday I read comments from two different, unrelated  people who essentially said the same thing: I'm a hoarder. One spoke of collecting more stuff, the other one spoke of the difficulty of cleaning out their garage and getting rid of their stuff.

Hoarding. It's defined as a disorder. It's a common occurrence. It's spring cleaning and a garage sale. It's a couple of TV shows. It's about accumulating stuff.


But this Blog post is not about accumulating stuff. It's about the hoarding thoughts and words, of keeping to ourselves that which will benefit others.

I am not referring to sharing our opinions (there is no hoarding of that in our social-media-rich culture - see more thoughts on that here). But rather the hoarding of thoughts and words that produce a positive affect in the lives of others.


If we're honest, we are guilty of hoarding:
So go ahead and get rid of some of your complements. Carry out a stack of encouragements and give them away. Have an idea garage sale, but don't charge anything. No more hoarding!

Question: What are some thoughts you have for giving away compliments, encouragements, and ideas? Share your thoughts below in comments.

Receive This Blog by Email