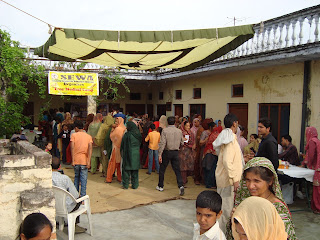 Finally, after 36 hours our train ride ended in Pathankot, Punjab. We arrived just after noon, were met by the local pastor Vinod, and were whisked to our hotel for much needed showers.

Because of a delay with the train the previous night, we were behind schedule so we had to quickly be shuttled to our first medical camp. Over 100 people were waiting for us in a small village of about 1,500. A total of 134 patients were ministered to.

The doctors saw patients, Zach filmed, and I prayed for people. This village is very resistant to the Gospel, and after 2 1/2 years of a Christian presence, there are only a handful of families to make up the 15 member church. But the pastor of this village church is not discouraged, and he felt that the presence of a medical camp that he sponsored would be an opening reach to reach the villagers. 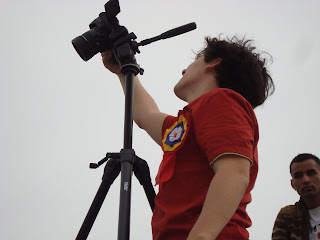 Because of the train delay and its effect on our schedule, we didn't have time for lunch but went right to work. At about 4:00, fresh samosas and tea was served to the team. Zach and I were so impressed with the samosas that we asked our host to make a couple more for just us (international guest privilege...). Ah, India!


After a dinner served right there where the medical camp was held, we conducted a service for the few who chose to attend. I presented the Gospel, however no one responded. I did notice that our hired driver, a young Hindu man, was hanging onto every word I spoke (through my interpreter). When he brought us back to the hotel, I hung back from going to the room and with Dr. Srinivas as my interpreter, I led the young man to Christ. It was a great ending to the day! 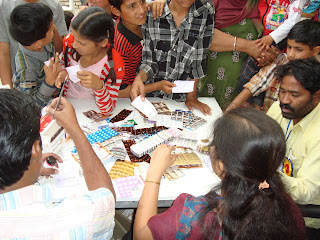 Today we conduct a medical camp beginning at 9:00 am, then we travel four hours to Jammu, check into a hotel, then travel one hour to the Hundu shrine city of Katra to begin a two-day crusade meeting.