The Truth About 'Fail' 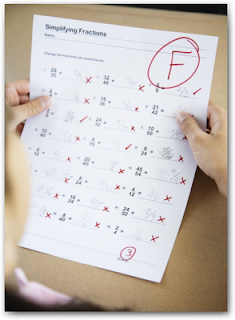 Fail.
I really dislike that word. It's comes across as demeaning, minimizing, and humiliating. And is reeks of finality. Fail.


Our culture has made fail a popular word to use when someone might object to something, when a mistake is made, or when a person doesn't measure up.
Videos are uploaded on YouTube, pictures are emailed, laughter erupts.

But think about this for a minute: How do you think it might be affecting the receivers of this judgement? Are we so flawless that we have the right to attach this label on others?


And consider the impact we have when we use our relationships and our social media platforms to convey the message fail. Is this a productive way to leverage our influence?
About two years ago, I began to follow a respected national leader on Twitter (he has over 120,000 followers). I don't know this leader personally, but began to follow his tweets because I felt that he could contribute to my life, and make me a better leader.
A few months after I began to follow him, he tweeted that the service at a restaurant where he was eating was awful. He stated: My server is terrible! and then added the hashtag: #fail.
Well, I felt compelled to challenge him (privately of course). I messaged him that I felt his description of the server was unfair and way too negative to be coming from a leader of his caliber (or from anyone for that matter). He responded that I was right, and removed his tweet.
That leader I follow: Not fail, just a mistake. There is a difference.
If you like this post, please re-post, put it on your Facebook status, or forward it to your friends. Follow me on Twitter @bigcloudmusic if you find me interesting. Subscribe to this Blog if you'd like.
at August 09, 2011