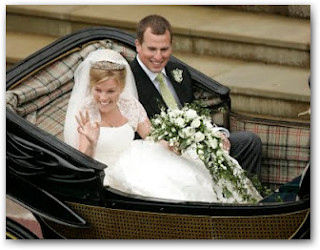 Monday morning I tweeted and updated my Facebook status to: So glad our guys didn't get Bin Laden last Friday. We'd have never heard about it.

I received many comments and responses to that simple <140 character group of words.

But I really think that is true - well mostly true. It would take a really BIG story to displace the Royal Wedding of Prince William and Miss Catherine.

And then there was the storm and tornados that ravaged the southern states and caused so much death and destruction. Wouldn't it have been terrible it the storm hit on Friday instead of earlier last week? Would the storm report be an "oh, by the way" footnote?

The thing is, the news cycle is a funny thing: sometimes there's just not a whole lot going on that's newsworthy, and at other times, multiple stories are competing for top billing. And I believe that indirectly, the public decides what or who gets the attention.


My point: Well, you have probably decided my "backhanded" motive for stating the above. What I do want to emphasize is that in our desire to create the culture that we live in, we shouldn't allow the public to decide what is is culture-worthy. Be true to your calling, your gifting, your passion. Offer what comes from your heart, not what pacifies their heads.

The Royal Wedding kind of reminds me of another royal-presonality-driven-news-cycle. It wasn't too long ago that a one Princess Diana, mother to the above referenced newly married groom, died in a tragic car accident.

And it was less than one week later that Mother Theresa quietly died after her evening prayer time.

Question: Do you think our culture drives our news, or does news drive our culture? Share your thoughts below in "comments".