Be Good For Goodness Sake!

Here's what's happening now in our part of the country:

(From FOX News.com)
WASHINGTON, D.C. — You better watch out. There is a new combatant in the Christmas wars. 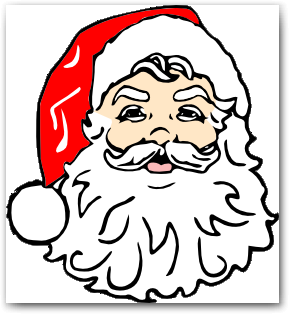 Ads proclaiming, "Why believe in a god? Just be good for goodness' sake," will appear on Washington, D.C., buses starting next week and running through December. The American Humanist Association unveiled the provocative $40,000 holiday ad campaig
n Tuesday.

In lifting lyrics from "Santa Claus is Coming to Town," the Washington-based group is wading into what has become a perennial debate over commercialism, religion in the public square and the meaning of Christmas.
"We are trying to reach our audience, and sometimes in order to reach an audience, everybody has to hear you," said Fred Edwords, spokesman for the humanist group. (Click Here for the full story.)
Well, there's an interesting twist on Christmas, St. Nick, and all of the other Christian influences that are prevalent at this time of year.
Did you notice the statistic towards the end of the published article? Yet few Americans describe themselves as atheist or agnostic; a Pew Forum on Religion and Public Life poll from earlier this year found 92 percent of Americans believe in God.
Hmmmm. To the non-believers out there I have one thing to say: You better watch out!
at November 26, 2008