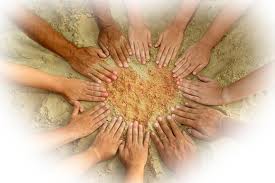 This past Sunday at our church we had a "cross-cultural" worship service, where the members of our Hispanic sister congregation joined with our already somewhat multicultural congregation for one huge event.

Having had the privilege of spending 10 years on the pastoral team of Immanuel's Church, a large multicultural ministry in the Washington, DC area, I was able to bring some insight into the planning and execution of the service.

Three things were determined beforehand, that made for a smooth melding of two distinct ministries:
In the end, our combined worship service was a taste of heaven on earth. But more than that, the principles we used in the planning and execution of the service apply to every area where more than one person is involved, because all of us are different.

Question: What have you found to be helpful in dealing with multiple cultures, or even just other people? Share your thoughts below in comments.
at September 20, 2011