A Message Of Hope... In Difficult Times 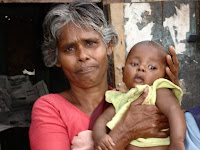 This Friday it's "wheels up" as I leave for India. I will be arriving in Hyderabad early on Sunday morning, and after a 2 1/2 hour drive to Kazipet, I will be partnering with Pastor Daniel Kalyanapu at the Immanuel's School of the Bible in India. My senior pastor, Charles Schmitt, will arrive on Monday from Israel, and together we will minister to the Bible School graduates, to the church at Kazipet, and at a crusade in the city.

Once again the opportunity was offered to me to come and minister to a people much like you and me, but who live in a different culture and have a different understanding of life. Neither ours nor theirs is wrong, better than the other, or worse than the other. Simply different.

Here in America, the people of our country are reeling under the pressures of a recession 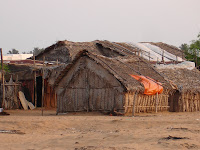 airy economy. Many people's retirement funds have lost upwards of 30%. Layoffs have numbered in the hundreds of thousands. People are not able to take the expensive vacations they had planned, but must settle for recreation and entertainment closer to home.

In India, the vast majority of people for generations are simply seeking to feed their families the next meal, to accumulate enough rupees to take the hugely overcrowded bus to visit their relatives two hours away, and wait for the power to come back on during the daily blackouts so they can continue to cook supper.

Not better, not worse, simply different.

And so I go to India, equipped with the message of hope in Jesus. It's the same message tha 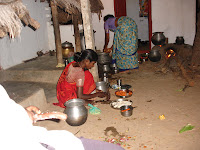 Differing cultures describe difficult times in different terms. But, all peoples need to hear the message of hope in Jesus because simply stated, all people are in need of hope.
at February 24, 2009