On Wednesday, April 19th I will be boarding a flight from the USA and traveling to India for 16 days of mission work: Preaching, praying, encouraging, and leading. My brother-in-law, Dr. Pat Kennedy will again be traveling with me as we make our way to an enchanting land whose people have captured my heart. 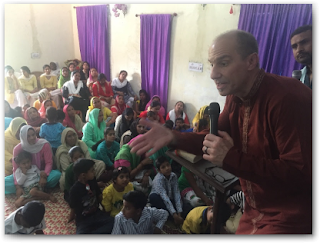 We will be partnering with three Indian pastors, ministering alongside of men who have been wonderful teammates while in India: Daniel, Ashish, and Kelu. But, this trip will be unlike the others I have taken in recent years.

We normally would assemble and finance a team of Indian doctors and nurses, and along with purchasing medicines would travel by train between Telangana and Kashmir (over 1,350 miles with no interstate highways), stopping each day to conduct medical camps and Gospel meetings in the towns and villages. 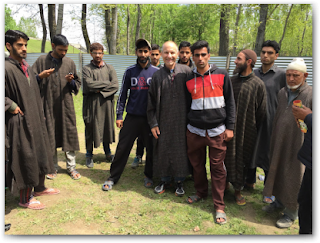 Two recent developments are requiring us to alter our plans. First or all, monetary constraints will not allow us to finance the medical team and medicines. Instead, Pat and I will minister several days with Pastor Daniel, then fly to Jammu and Udhampur to minister several days with Pastor Ashish, and finally fly over the Himalayas to be with Kelu in the Muslim region of Srinagar. Pat and I will be on our own for this traveling adventure! 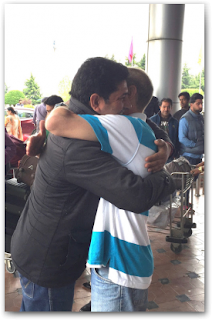 My friend Kelu: This man daily puts his life on the line to bring the Good News of Jesus to the Muslim population of his region where terrorism is commonplace. He suffers from partial paralysis of his right arm and hand because of a beating he received when he converted to Christianity. One of his three children is a special needs child. Yet he joyously goes every day to the city and villages to minister to the Muslim people. He asked me to baptize two new converts when I arrive to be with him. Kelu is my hero.

The second development is that two of my dear friends who were large supporters of my India ministry have passed away in the last year, and that has left a hole in our finances. The Lewis family have pooled resources to purchase my flight to and from India, but I need to travel in-country, as well as some lodging and food. 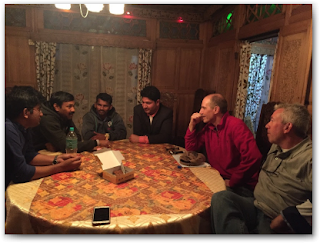 I do not desire to be a burden on the Indian pastors that we minister with and to, but rather like to bless them financially to meet needs that they have.

Meeting with, pouring into, and encouraging the Indian pastors is some of our most productive time spent.

So I am asking for your help in this endeavor. Pray yes, but consider helping financially. These pastors, especially Kelu, daily risk bodily harm while seeking to expand the Gospel. We desire to stand and minister with them.


You can click on the "Donate" button at the top right of this page, or send checks to First Baptist Church, PO Box 2125, Ft. Oglethorpe, GA 30742. (Please write "Brad's India Mission" in the memo line of the check. You can also send checks directly to me at the same address.) Thank you for blessing me!