Without A Home At Christmas

There were two times in recent years where I was a man without a home. Call it transition. Call it between places. Call it what you want. 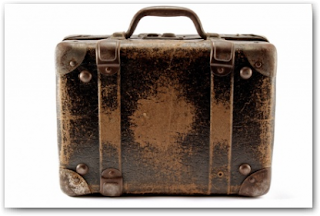 One time our family was in the process of moving to Florida from Maryland. I was joining the staff of a church to help while its pastor was gravely ill. My wife and daughter had already moved down there with our "stuff".

I stayed in Maryland because my current church was keeping me on for a few months to aid in the transition of my responsibilities.

I rotated staying at three different friend’s houses in Maryland in their guest rooms. All of my “stuff” that I didn't load onto our moving truck was crammed into the back of my Mini Cooper. Because I was a man without a home.

Another time, I was helping a friend start a new business in South Florida, while my family remained in Northwest Florida. I slept on my son’s couch in Ft. Lauderdale, stayed in a friend’s condo, and stayed in a room on the church campus where I led worship. I lived out of my suitcase and Mini Cooper. I visited my family as much as I could. I did this for a year.

Both times I was without a home was during the Christmas Season.

That was my story. It reminds me of the story of another man without a home. He began his life being born in a borrowed feed trough in a borrowed cattle stall.

He once said of himself that he had no place to lay his head.

He traveled a lot too. Not so much commuting, but rather purposeful journeys on foot to be involved in people's lives.

All of his clothes weren't crammed into the back of a Mini Cooper, but rather were worn on his back.

This same man without a home gave up his life so I could have a home in heaven. I am grateful.