Do You Have An Alibi?

I was having a lively and fun exchange earlier today with the pastor whom I serve alongside of. He is a former prosecuting attorney before he entered full-time ministry. 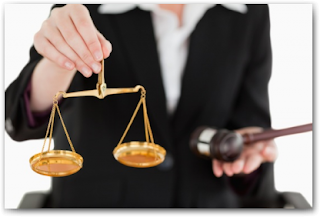 He jokingly said in our open office for all to hear that I had left a door unlocked. I responded that although accused of the crime, I had a great defense attorney and wasn't worried. He in turn asked if I had an alibi. I told him I didn't need an alibi as long as I had a great attorney. And if I needed to, I could produce 12 witnesses, all of them my grandmother, that would swear that I was with them when the door was allegedly left unlocked.

We laughed, but I began to think about alibis. Usually they are associated with a crime, when a person needs someone to vouch for them. Often they are accurate. Sometimes they are fabricated.

Integrity. The quality of being honest and having strong moral principles and moral uprightness.

I believe that integrity is the issue here. If we are known for our integrity, we wouldn't need an alibi. The fact that our word can be trusted goes a long way towards proving that what we say is right.

Integrity may not stand up in a court of law, but it surely stands up in the condition of life.

By the way, I was eight miles away visiting someone in a hospital, with three other witnesses (neither of which are my grandmother), during the time that the door was allegedly left unlocked!