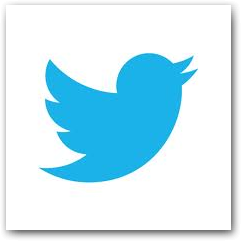 But you probably already knew that.

Boasting 500 million registered users and over 200 million active monthly users, Twitter is one of the 10 most visited websites on the Internet.

But you probably already knew that also.

The word twitter is defined as to talk lightly and rapidly, especially of trivial matters; chatter.

While you may know that, it is worth mentioning.

Meaningless opinions are sent during televised sporting events, shows, and specials. Companies market through Twitter. Celebrities use Twitter to build their fan base and stroke their ego.


You may not only know that, but also participate...

What you may not know is that Twitter has changed the way I communicate.

We have become a culture that interacts in short bursts. We spread ourselves around. We multi-task. We get bored easily.

Our 140 character culture has caused me to pay more attention not only to what I say, but also to look closely at how I say it.

Evaluating every thought, every sentence, and every word is now a top priority for me. Making sure the clutter is gone has become my new standard.

But that is a difficult thing to do. It requires much self-discipline. It requires scrutiny and constant review. But I believe it is worth the time, effort, and energy if I want to effectively communicate with our culture.